We watch two concurrent series chosen by our hosts on Fridays. Time and place is usually at 17:15 in our clubroom. Check our calendar for episodes we are watching on specific Friday.

Eden of the East

On November 22, 2010, Japan was hit by missile strikes, a terrorist act that fortunately did not harm anyone, becoming known as ‘Careless Monday.’ Quickly forgotten, society goes on about their lives as normal.

During her graduation trip to America three months later, friendly college student Saki Morimi’s life is forever changed when she finds herself saved from unexpected trouble by Akira Takizawa. Takizawa is cheerful, but odd in many ways—he is stark naked and suffers from amnesia, believing himself to be a terrorist. In addition, he possesses a strange cell phone loaded with 8.2 billion yen in digital cash.

Despite Takizawa’s suspicious traits, Saki quickly befriends the enigmatic young man. However, unbeknownst to her, this is the beginning of a thrilling death game involving money, cell phones, and the salvation of the world. Higashi no Eden chronicles Saki’s struggle to unravel the mysteries behind her savior, while Takizawa himself battles other individuals armed with similar cell phones and returning memories which reveal his possible connection to the event from months ago. 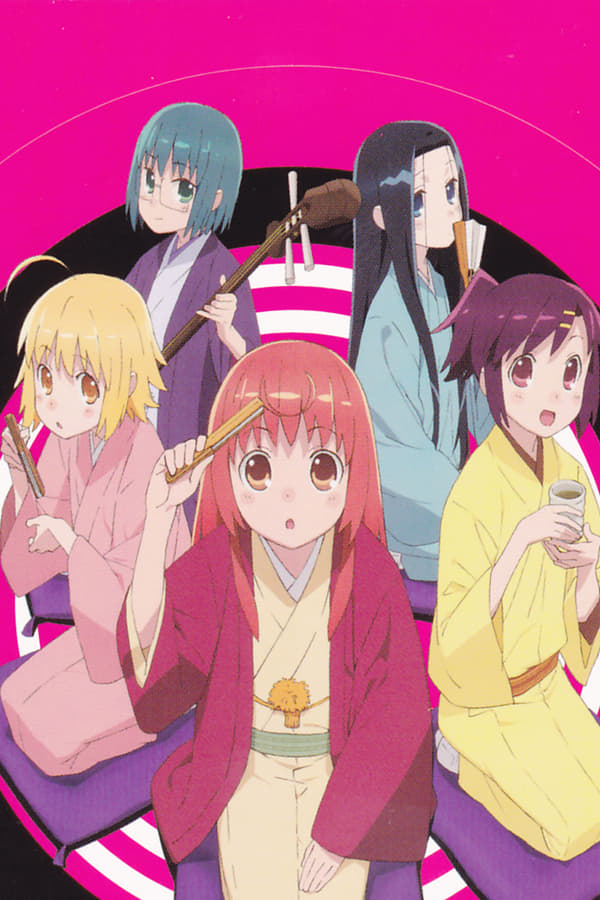 Joshiraku follows the conversations of five rakugo storyteller girls relating the odd things that happen to them each day. Their comedic and satirical chatting covers all kinds of topics, from pointless observations of everyday life, to politics, manga, and more. Each girl has something new to add to the discussion, and the discourse never ends in the same place it began.

Each of the rakugo girls has their own unique personality, with the energetic but immature Marii Buratei; the seemingly cute Kigurumi Haroukitei; the inherently lucky and carefree Tetora Bouhatei; the calm and violent Gankyou Kuurubiyuutei; and the pessimistic and unstable Kukuru Anrakutei. These girls—and their mysterious friend in a wrestling mask—give their observations to the audience, either backstage at the rakugo theater or in various famous locations around Tokyo.